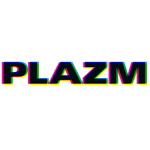 Plazm is a creative studio founded in Portland, Ore., in 1991 with the launch of Plazm magazine. Together with our clients, we solve problems, tell stories, and seek out truth.

In 2019 Plazm was nominated for the Cooper Hewitt National Design Award.

Context
Plazm magazine started as a cooperatively published, not-for-profit periodical that sparked a nascent creative community in early 1990s Portland. As the magazine garnered accolades and awards, it spawned a commercial design and branding firm whose clients have included Nike, LucasFilm, and MTV, along with local businesses and nonprofits such as PICA, the Northwest Film Center, and Fort George Brewery.

Plazm Design co-founder Niko Courtelis moved back to Portland from New York City a few years ago. He and Joshua Berger have relaunched the studio with some of their long-term collaborators in fields such as font design, editorial content, and public policy. Niko and Josh launched The Portland Stamp Company in 2016. Plazm magazine is now published by PICA (Portland Institute for Contemporary Art) a 501c3 nonprofit, under Joshâ€™s leadership as founding Art Director.