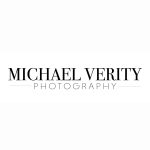 Michael Verity is a highly-respected photographer based in the Portland, OR area. His specialties are headshots, modeling portfolios and magazine editorial photography.

His acting clients have appeared in numerous feature films with actors such as James Franco, Michael Pitt and Hannah Marks and on TV shows that include Shameless, Grimm, Z-Nation, The Librarians, People Magazine Investigates and Law & Order.

His editorial work has been published internationally in children’s fashion magazines including LaBelle Kidz and Madison.

He is recommended by major Portland agencies including Option Model and Media, Puddletown Talent, Q6, Ryan Artists and Sports + Lifestyle as well as acting studios like Studio NW and Acting for Kids & Teens.

Clients include actors and models of all ages, currently working in Portland and throughout the west coast.